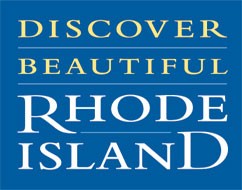 After three and a half days of driving, we finally arrived at our new home here in Rhode Island. The trip was everything I expected it to be, uneventful, and that’s the best thing you can say when you are driving across country.

The first night we only made it to Shreveport, Louisiana because the second truck that came to gather our belongings left early in the afternoon, leaving us little driving time before it got too late. The weather was terrible as we left Texas, terrific downpours tracked us as we headed for the state line. After that experience, I was glad to settle into the hotel in Shreveport for the night.

The second day, we made it to Nashville, Tennessee. For dinner, we found a little place Cameron’s friend had recommended. We had chicken tenders in the special “Nashville Hot” sauce. It was delicious, but the after effect of the sauce was a fire in your mouth. We all survived it and would go back for more. Cameron wanted to go to the Third Man Records store, Jack White’s record label in Nashville. So early the next morning we found it and Cam enjoyed every minute he spent in the place. Cam has a podcast called Effortless. He writes the episodes and records them with his friend Tristian. Inside Third Man Records, they have an old-time recording studio which presses your recording onto a 45 record while you wait. Cam wrote a special episode of the podcast the previous night in Shreveport and performed it in the recording booth while Samantha and I watched. It was fascinating and fun to watch.

After Cam had finished, we were back in the car and off to Roanoke, Virginia, the last stop before making it home to Rhode Island. The day’s travel was easy compared to driving in all of the rain we had encountered. With only one more long day ahead of us, we all went to bed early and looked forward to the next day.

I was nervous to show the kids the condo. I had purchased it after having flown to Rhode Island last winter and seeing several condos in the area. I had flown back to Texas the same day and made a decision the next afternoon. I wanted the kids to like their new home, even though they would likely only be living there until they went off to graduate school. I have never lived in a condo, and the area is new to us, so I wanted them to be as excited as I was to see the place.

The drive to Rhode Island from Virginia was equally uneventful, and we drove in good weather. The kids were as excited as I was to finally see the “Welcome to Rhode Island” sign on I-95. As I didn’t even have the keys to the new place yet, I had my real estate agent leave them in a flower pot on the front step for me to find when we arrived. The place was just as I had remembered it and the kids were genuinely excited to see it. They both took to their rooms (Sam’s is significantly larger than Cam’s) without complaint, and we toured the house eager to place our belongings in every room. Unfortunately, our belongings would not arrive for several more days. With nowhere to sleep and my mother in law with us, I tried to find a hotel nearby, but the only one I could find with availability was in Newport, so off to the island we went.

We spent three nights in the hotel while the first of two trucks found its way to Rhode Island. As with any move, there were some small breakages and crushed boxes, but overall, most everything made the trip unscathed. That first day was warm and with the doors open all day while the movers moved all of our belongings into the house, the house heated up. Unfortunately, it was later that evening when we found that the air conditioning was not functioning. Fortunately, it cooled down that night, and as we slept with the windows open, it was very comfortable.

There have been the usual hiccups, minor plumbing issues, etc., but the move has been smooth compared to what we’ve been through over the past few years. Every time I got frustrated with something, the kids would remind me that we have been through much tougher situations and that this was a minor inconvenience. They are so wise, and I am so proud of them.

My mother in law managed the trip better than I expected, thanks to the excellent care the kids gave to her. She will be living in a senior memory care facility three miles from our home. She understands where she is and should blend into the new facility easily.

So we are finally settling into our new home. It is not decorated the way we like. Wallpaper needs to be taken down and paint colors need to be changed, but that is minor stuff. The largest pieces missing from our lives are Lisa and Delbow. They would both like the new place, I think. I can picture Lisa redesigning everything in her mind and all of us pitching in to see her vision materialize. I can see Delbow running through the grass, sniffing where the woodchuck, chipmunks, and wild turkeys had just been. I miss them both dearly but carry them both in my heart.

There are far too many boxes that need to be emptied now, so I’m off to do some unpacking. Wish us well in our new home. It is lonelier without Lisa, but we will, as we always have, make the best of it, smile, remember the good times, and have some laughs. My kids are the most resilient people I’ve ever known, perhaps because it is all they remember, but I will work to get them through this, and they will help me get through it. Together, we can conquer anything.